With Foliage, composer and conceptualist Elliott Sharp presents both the score to a graphic composition open for any orchestration and a visual work. As Sharp describes it: “The roots of this project lie in my desire to depict the musical processes at play in my Inner Ear and to use them as performance strategies for their realization by any musician.” But Foliage is a piece of retinal art as much as it is an instruction set for sound: form and function interlocked. Each individual page is complete in itself, some more simple, others not so. One may also look at the pages as sequences and sub-sequences – when quickly scrolled, they become animations. All have been created through multiple layers of processing.  The result is a manifestation of an internal synesthesia that is the translation of thought, emotion, and process from one part of the spectrum to another. Includes a written Introduction by Sharp and a Forward by media artist Christian Marclay.

Combined and Uneven Apocalypse
Evan Calder Williams
From the repurposed rubble of salvagepunk to undead hordes banging on shopping mall doors, from empty waste zones to teeming plagued cities, Combined and Uneven Apocalypse grapples with the apocalyptic fantasies of our collapsing era. Moving through the films, political tendencies, and recurrent crises of late capitalism, Evan Calder Williams paints a black toned portrait of the dream  and nightmare  images of a global order gone very, very wrong. Situating itself in the defaulting financial markets of the present, Combined and Uneven Apocalypse glances back toward a messy history of zombies, car wrecks, tidal waves, extinction, trash heaps, labour, pandemics, wolves, cannibalism, and general nastiness that populate the underside of our cultural imagination. Every age may dream the end of the world to follow, but these scattered nightmare figures are a skewed refraction of the normal hell of capitalism. The apocalypse isn’t something that will happen one day: it’s just the slow unveiling of the catastrophe we’ve been living through for centuries. Against any fantasies of progress, return, or reconciliation, Williams launches a loathing critique of the bleak present and offers a graveside smile for our necessary battles to come.

Weaponized Architecture
Leopold Lambert
An examination of the inherent instrumentalization of architecture as a political weapon; research informs the development of a project which, rather than defusing these characteristics, attempts to integrate them within the scene of a political struggle. The proposed project dramatizes, through its architecture, a Palestinian disobedience to the colonial legislation imposed on its legal territory. In fact, the State of Israel masters the elaboration of territorial and architectural colonial apparatuses that act directly on Palestinian daily lives. In this regard, it is crucial to observe that 63% of the West Bank is under total control of the Israeli Defense Forces in regards to security, movement, planning and construction. Weaponized Architecture is thus manifested as a Palestinian shelter, with an associated agricultural platform, which expresses its illegality through its architectural vocabulary. 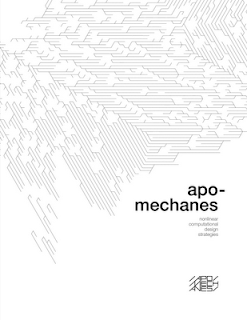 apomechanes – nonlinear computational design strategies – presents all the projects designed and manufactured during the studios apomechanes 2009 & 2010, along with new and original articles from architects and academics such as Karl Chu, Carla Leitao, Roland Snooks & Robert Stuart-Smith [Kokkugia], Ezio Blasetti & Pavlos Xanthopoulos & Ioulietta Zindrou [Ahylo], which investigate computational design and its fields of application. The Three Stigmata of Friedrich Nietzsche
Nandita Biswas Mellamphy
Following Nietzsche’s call for a philosopher-physician and his own use of the bodily language of health and illness as tools to diagnose the ailments of the body politic, this book offers a reconstruction of the concept of political physiology in Nietzsche’s thought, bridging gaps between Anglo-American, German and French schools of interpretation. Alchemical Traditions from Antiquity to the Avant-Garde (ed. Aaron Cheak, Melbourne: Numen Books 2013, ISBN 0987559826; 684 pages) is an anthology exploring the various histories, theories and philosophies of Alchemy as a tradition of Transformative Media from antiquity to contemporaneity. “Featuring both well-established scholars and emerging, cutting-edge researchers, this book synthesises a quintessentially high caliber of academic authorities on the vast and baroque heritage of the alchemical world.” The culminating chapter  is a hundred page contribution by CTM Fellow Dan Mellamphy: ‘Alchemical Endgame: Checkmate in Beckett and Eliot’. 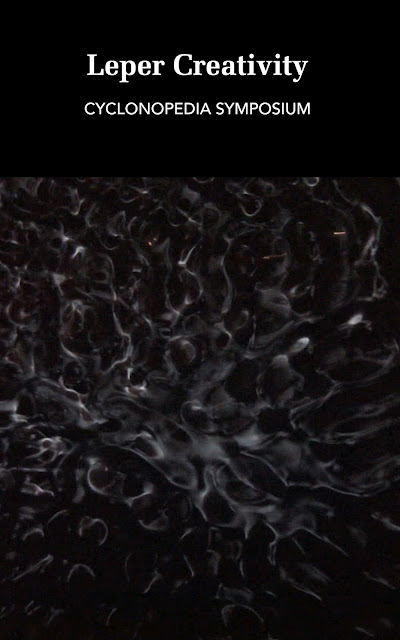 Leper Creativity: Cyclonopedia Symposium
edited by Ed Keller, Nicola Masciandaro & Eugene Thacker
Essays, articles, artworks, and documents taken from and inspired by the symposium on Reza Negarestani’s Cyclonopedia: Complicity with Anonymous Materials, which took place on 11 March 2011 at The New School. Hailed by novelists, philosophers, artists, cinematographers, and designers, Cyclonopedia is a key work in the emerging domains of speculative realism and theory-fiction. The text has attracted a wide-ranging and interdisciplinary audience, provoking vital debate around the relationship between philosophy, geopolitics, geophysics, and art. At once a work of speculative theology, a political samizdat, and a philosophic grimoire, Cyclonopedia is a Deleuzo-Lovecraftian middle-eastern Odyssey populated by archeologists, jihadis, oil smugglers, Delta Force officers, heresiarchs, and the corpses of ancient gods. Playing out the book’s own theory of creativity – “a confusion in which no straight line can be traced or drawn between creator and created – original inauthenticity” – this multidimensional collection both faithfully interprets the text and realizes it as a loving, perforated host of fresh heresies. The volume includes an incisive contribution from the author explicating a key figure of the novel: the cyclone.